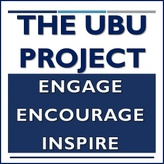 Training and Honors: David continued his vocal studies with Kammer Sänger Otto Edelman of the Vienna Statsöper and jazz theory and bass with Dartanyan Brown of Chase, Phoebe Snow and Sly and the Family Stone. He was nominated for the Arizona Governor's Arts Award in Arts Education and has also served on the Arizona Department of Education Arts and Culture Advisory Board.

Walt Versen, UBU Board Member;  Currently part of the management team for legendary Bay Area Soul Super-Stars Tower of Power,  Walt's career in the music industry reads like a who's who of classic rock royalty. In addition to his current gig Walt has provided security, management, support and guidance for REO Speedwagon, RATT, Heart, Genesis, Peter Gabriel, Phil Collins, Right Said Fred and many more. In fact, it can be said that the majority of the line-up for the very first "Live-Aid" mega-concert reads like Walt's early resume.

In addition to his work behind the scenes Walt has ventured onstage as both a featured vocalist and as an actor portraying FDR in the Arizona Broadway Theater Production of Annie (where he met UBU Project Founder and Creative Director David Simmons). The two men instantly struck up a deep and abiding friendship which criss-crosses the lines of colleagues, collaborators, friends and "twin brothers from different mothers."

It was Walt Versen who provided the foundational support and encouragement for David Simmons to create  The UBU Project. Walt's consistent (and, at times tenacious) commitment to, and belief in, the work of David and The UBU Project continues to be an integral part of the ongoing growth, success and life-saving impact of UBU.

Marcy Hardge, UBU Board Member/Treasurer:  Currently the owner of Rise and Shine Tax Services in Glendale, AZ, Marcy was born in Germany and adopted at 18 months along with her twin. She is a graduate of Independence High School and continued her studies at Glendale Community College. She is certified in five levels of taxation up to, and including, the corporate level and also successfully completed the RTRP test with Internal Revenue Service. In addition, Marcy is registered with the Internal Revenue Service as a preferred preparer and has been an independent business owner for over 30 years serving the people of Phoenix’s vibrant West Valley communities.

Renee Ryan, UBU Board Member: A graduate of East Tennessee State University with a BS in Health Education and Dental Hygiene, Rene describes herself as a “human hoping to spread some light into our world.” A highly successful real estate agent since 1986 she also serves her faith community as the Events and Fundraising Chairperson for Coolwater Christian Church of North Scottsdale, AZ. Above all, Renee is a proud mom, wife, friend and soon to be grandma. She currently makes her home in the Northwest Phoenix Valley with her equally wonderful husband Dave.

Rick Mitchell, UBU Board Member;  A resident of Phoenix, Rick was born in Chicago and moved from one coast to the other and back again over the course of his professional career. He settled in the valley with his wife Sydney in 2003. A graduate of Illinois State University with an MBA from Benedictine University, Rick’s professional career included 23 years with MetLife including roles as a divisional controller and a member of the Board of the MetLife General Insurance Agency.  In addition to his work with The UBU Project, Rick currently serves as Executive Director and CEO of the Homeless ID Project prior to which he served on the Homeless ID project Board of Directors for nearly 3 years. Rick has a personal passion for the mission of the UBU Project that is based in values instilled in him long ago.

A graduate of the University of Montana and Alumnus of The Bigfork Summer Playhouse and Missoula Children's Theater, Buddy spent the vast majority of his professional life working at the national level in beverage distribution and marketing.  In addition, Buddy has worked in theater, film and television and has volunteered with numerous nationally celebrated non-profit foundations and organizations at the fundraising and event organization level.

Buddy is excited to bring his wealth of experience to The UBU Project Board of Directors and is looking forward to building our reach and impact throughout the state, region and country.

Charles D. Atkinson MA, MSW, LCSW served as a professor at Rutgers the State University of New Jersey for thirty years. While there he researched, developed and lectured on the first academic course "Principles of Stress Management". His tenure included presentations, seminars, and clinics to both private and public organizations regarding the effects of stress on the well being of individuals. He was also instrumental in expanding the awareness of understanding earlier childhood trauma and its effects on individual and family dysfunctional behavior. He also developed his expertise into a professional psychotherapy private practice for two decades.

The UBU Project is an essential extension of my work. I whole heartily support the artistic and creative side initiated by David Simmons. He brings a much needed approach to children who are struggling with emotional and psychological issues. His unique style and experience provides a safe and supportive environment for children and youth to freely express themselves.

Dr. Elizabeth Simmons-O'Neill, PhD, is an emeritus faculty member from the University of Washington in Seattle, where she taught medieval literature and community-based research and writing in the Social Sciences, Directed the Community Literacy Program in partnership with high needs K-12 public schools, and Coordinated the UW in the High Schools English Program, through which over 60 high school teachers across the state offer UW composition courses in their high school classrooms.

I support the UBU Project because it is an outstanding model for STEAM education for all students, integrating arts-based activities into content-area learning through projects which engage students as individuals and as members of learning communities. The UBU Project, co-led by professionals in the performing arts and in education, works closely with K-12 teachers and curricula to deepen students' content area knowledge, develop their creative skill and confidence, and build their self-esteem and ability to communicate with others through joyful learning experiences.

J. K. Simmons (Academy Award Winner) began his career at The Bigfork Summer Playhouse during his college days at The University of Montana. There he had the opportunity to learn his craft while playing leading men, character parts, and the proverbial third guy from the left in the chorus. After 20 years in the theatre, culminating on Broadway, he began the transition to screen acting. TV roles include Tom Fontana’s OZ on HBO, Law and Order, The Closer, Growing Up Fisher, and currently, Counterpart on Starz. On the big screen he has appeared in Whiplash, Sam Raimi’s Spider-Man trilogy, almost every Jason Reitman movie, including the beloved Juno, and many other less memorable films.  Current plans include a return to the stage.

My involvement in the UBU Project is motivated by my belief that arts education is crucial and capable of filling in some very important gaps in the lives of kids, whatever their specific needs and abilities may be.

Additional Training and Certifications: Julie has earned an Arizona Professional Teacher’s Certification, K-12, Special Education with additional, extensive training in Positive Behavior Interventions and Supports (PBIS). She also continues to develop and implement her own progressive and creative applications of educational strategies for students with executive functioning disorders through Mathematics and Writing Education.

In addition to serving as a curriculum consultant for The UBU Project, Julie leads her own company, Endurance Tutoring LLC specializing in working with students across the full spectrum of educational experiences.